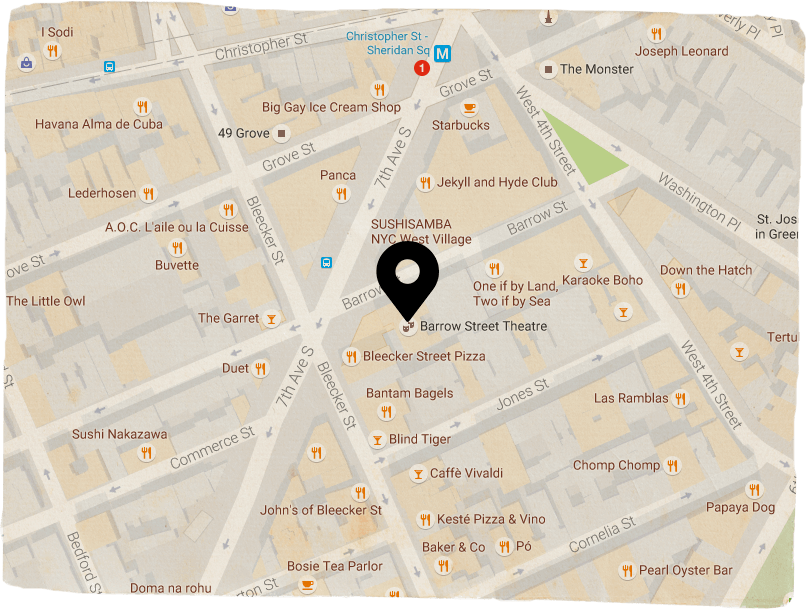 The BARROW STREET THEATRE, founded in 2003, is an intimate off-Broadway theater with an enduring history of inviting some of the most exceptional, innovative and highly acclaimed theatrical experiences to its confines.

Generally a 200-seat black box theater, it has been fully reconfigured into a 130-seat, one and 1/2 story recreation of Harrington’s – London’s oldest operating pie and mash shop – where our production originated in 2014. Barrow Street Theatre is situated within Greenwich House, and with it, the larger West Village community that surrounds it.

Located on the corner of Seventh Avenue South and Barrow Street, Greenwich House is one of NYC’s most treasured and long-running not-for-profits. Now 114-years-old, it opened its doors on Thanksgiving, 1902 with the mission to improve the living conditions among the predominately immigrant population in Greenwich Village. Throughout that period, and on a daily basis today, Greenwich House’s programs include a nursery school, after school programs and a senior center amongst many others.